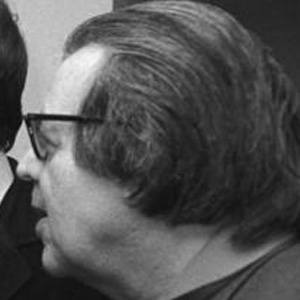 Austrian-English poet, translator, and author known for his political and love poetry. His literary works include A Soldier and A Girl, Warning Poems, and It Is What it Is.

He was born into an Austrian-Jewish family, and he and his mother fled to England after the Nazi Gestapo killed his father.

He started writing politically-themed poetry and essays very early in his life. He also worked as a child actor.

He was married three times -- to Maria Marburg, Nan Eichner, and Catherine Boswell -- and had six children.

He translated the works of William Shakespeare into German.

Erich Fried Is A Member Of