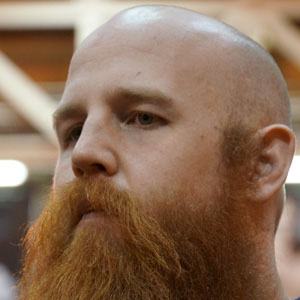 WWE star and member of NXT's The Wyatt Family, where he won a Tag Team Championship with Luke Harper.

He competed on the independent circuit in both Japan and the United States before signing with the WWE in 2011.

He was born and raised in Minneapolis, Minnesota. He has two kids with Jamie Ruud, whom he married in 2010.

He became a member of the Wyatt Family after Bray Wyatt introduced him as his "second son."

Erick Rowan Is A Member Of