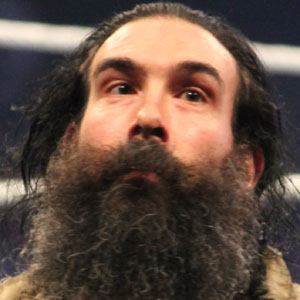 Became a member of The Wyatt Family in WWE competition. His finishing moves included the discus clothesline and the truckstop. He was also known as Luke Harper.

He wrestled under the promotions Chikara, Jersey All Pro Wrestling and Ring of Honor before joining the WWE.

His television debut came on November 7, 2012 where Bray Wyatt, introduced him as the first son of the Wyatt Family.

He was born Jon Huber in Rochester, New York. He married fellow wrestler Synndy in 2008; they welcomed a son in January of 2011.

He became known for entering the ring to the song "God's Gonna Cut You Down" by Johnny Cash.

Brodie Lee Is A Member Of