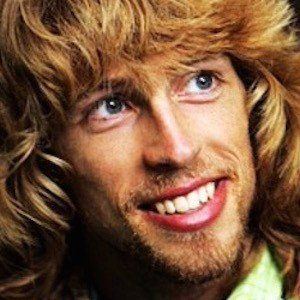 Reality star most widely known for his appearances in the CBS reality competition series Survivor: Micronesia and Survivor: Caramoan. He is also a graphic designer and one of the minds behind the mobile game Islands of Chaos.

He studied art at Eastern Michigan University and was a track star from high school into college.

He has done artwork for a number of comics and projects, including World Series of Zombies, Last Monster Standing, and Don't Be Afraid of the Light.

He was a member of the group Stealth R Us in Survivor: Caramoan alongside Phillip Sheppard.

Erik Reichenbach Is A Member Of