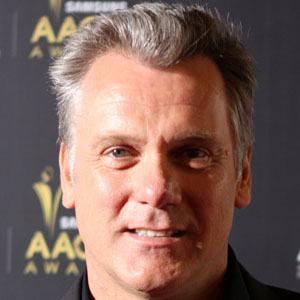 Famous for his roles in the television shows All Saints (as Dr. Mitch Stevens), Hercules: The Legendary Journeys (as Hades), and Packed to the Rafters (as Dave Rafter), Thomson also had a film acting career, winning an Australian Film Institute Award for his portrayal of Richard in the 2004 independent movie Somersault.

After training at the New Zealand Drama School, he studied theatre and English at Victoria University of Wellington.

His performance in All Saints earned him a 2003 Silver Logie.

He spent his early years in Scotland and his later childhood and teenage years in New Zealand. His marriage to actress Caitlin McDougall resulted in children named Eilish and James.

He and Rebecca Gibney were both in the cast of Packed to the Rafters.

Erik Thomson Is A Member Of

800 Words
Storm Boy
All Saints
How to Please a Woman