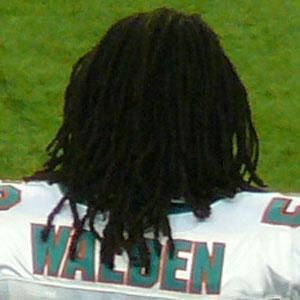 NFL linebacker who played for the Chiefs, Dolphins, Packers and Colts during his first six NFL seasons. He was selected by the Cowboys in the sixth round of the 2008 draft.

He was named two his second consecutive First-team All-Sun Belt team after his 2007 season at Middle Tennessee State University.

He earned his first NFC Defensive Player of the Week honor after recording three sacks and 16 tackles with the Packers during the final game of the 2011 season.

He is the son of Johnny and Shirley Walden.

He was given a one-game suspension during the 2013 season after a head-butt to Delanie Walker.

Erik Walden Is A Member Of