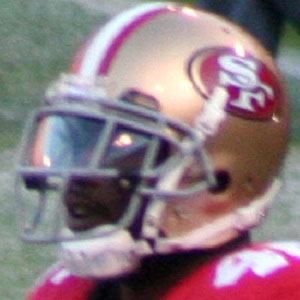 Wide receiver, fullback, tight end and kick returner who entered the NFL in 2006. He signed with the Titans in 2013 after seven seasons as a 49er.

He was a football and Division III track champion at Pomona High School before becoming a record-breaking receiver at the University of Central Missouri.

His rare ability to play multiple positions at the professional level earned him the nickname "The Swiss Army Knife" during his time at San Francisco.

He tragically lost his aunt and uncle in a drunk driving accident after Super Bowl XLVII.

He played in his first Super Bowl under the coaching of Jim Harbaugh in 2013.

Delanie Walker Is A Member Of