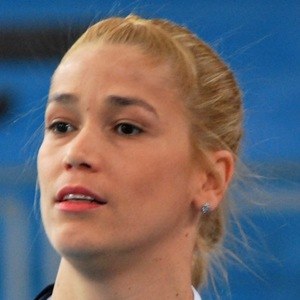 Outside hitter who was named Best Receiver at the 2013 Polish Cup. She played with Hinode/GRB Barueri from 2016 to 2018.

She won the bronze medal at the 2000 Summer Olympics after being approved by the FIVB and the International Olympic Committee.

She competed for Brazil in the 2004 Summer Olympic Games. She has over 70,000 followers on her erikacoimbra Instagram account.

She posted a photo of her and her mother to Instagram in May 2018.

She and Clayton Stanley are both volleyball players who competed in the 2004 Olympics.

Érika Coimbra Is A Member Of