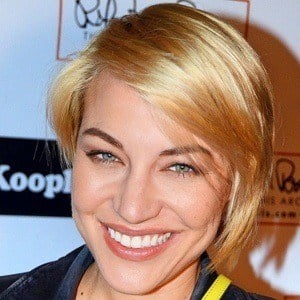 Comedian, writer, and performer who founded ThePopFix in 2007, a Los Angeles-centric lifestyle and entertainment brand. She has been a reporter for TMZ.com and a correspondent and host for What's Trending. She also created and was the host of a weekly show called Drunk Shopping Network.

She began her career as a host when she was 17 years old at a San Francisco Bay Area show called Spotlight TV. She earned a degree in broadcast journalism from the University of Southern California and served as a radio DJ/personality for KLMU AM while there.

She booked a voice role for the animated series Court Ordered.

She has a brother named Zackary Darling.

She was a segment producer for Tom Green's talkshow Tom Green Live in 2014.

Erin Darling Is A Member Of