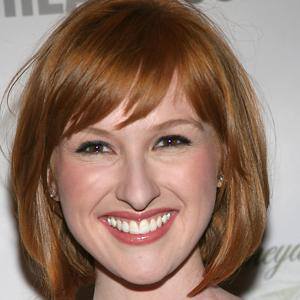 American stage performer who appeared in Broadway productions of Wicked, Sondheim on Sondheim, Chaplin, and Anything Goes.

She performed with the Fullerton Children's Repertory Theater.

In 2003, she won the Los Angeles Music Center's Spotlight Award for Non-Classical Voice.

She was Lindsay Lohan's acting double in The Parent Trap, a 1998 Disney film.

Erin Mackey Is A Member Of