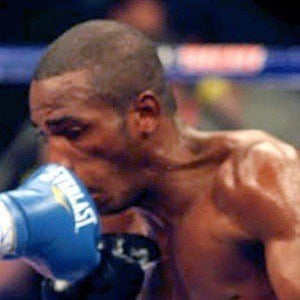 Cuban-American professional boxer who is recognized for having held the World Boxing Association's light middleweight title. In 2017, he was the highest ranked middleweight competitor in the world by The Ring magazine.

He made his ESPN debut in 2009 with a first round TKO against his competitor.

He was meant to participate in the 2008 Beijing Olympic Games but he defected from his home country of Cuba.

In 2016, he had the opportunity to fight Yuri Foreman.

Erislandy Lara Is A Member Of