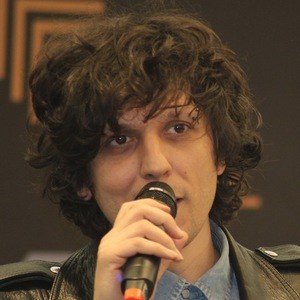 Songwriter and singer seen as both a solo artist and as a member of the Italian bands Ameba4 and La Fame di Camilla. He released his debut solo album, Umano, in 2016.

He began his musical career as a guitarist for the band Ameba4. The band competed in the 2006 Sanremo Music Festival.

His 2017 album Vietato morire peaked at #5 on the Italian charts shortly after its release.

Born in Albania, he moved with his family to Bari, Italy, at the age of thirteen.

A prolific songwriter, he has penned singles for artists like Marco Mengoni and Lorenzo Fragola.

Ermal Meta Is A Member Of