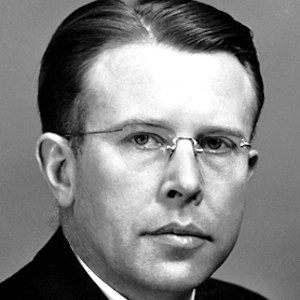 American scientist who won the Nobel Prize for Physics in 1939 for inventing the cyclotron, a type of particle accelerator. He also developed electromagnetic isotope separation during World War II.

He graduated from the University of Minnesota and completed his Doctor of Philosophy degree in physics at Yale.

He was a big supporter of government funding for large-scale scientific programs following World War II.

He married Mary Blumer in 1932, and they had six children together.

He and Max Planck were both decorated physicists who won Nobel Prizes.

Ernest Lawrence Is A Member Of