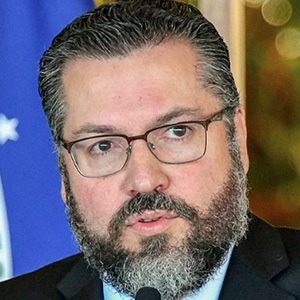 Diplomat who became the Minister of Foreign Affairs in 2019.

He studied linguistics and literature at the University of Brasília, and trained as a diplomat at the Rio Branco Institute.

He married Maria Eduarda de Seixas Corrêa Araújo. They have a daughter together.

He was elected by Jair Bolsonaro.

Ernesto Araújo Is A Member Of