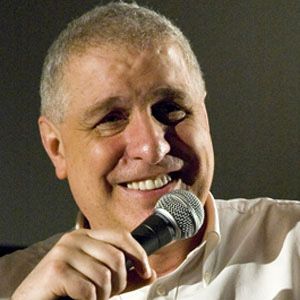 Director who won the Oscar for Best Documentary Feature for 2003's The Fog of War.

He worked as a cable television salesman and then as a term-paper writer before being accepted to Princeton University.

He directed Gates of Heaven and The Thin Blue Line.

His mother, a graduate of Julliard, was a music teacher.

His documentary Gates of Heaven was chosen as one of the top ten films of all time by the late film critic Roger Ebert.

Errol Morris Is A Member Of