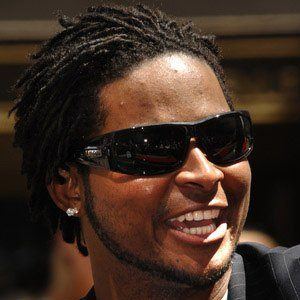 Right-handed starting pitcher who played for the Los Angeles Angels from 2005 until 2012. After his time with the Angels, he spent a season each with the Kansas City Royals and Atlanta Braves before signing a 4-year contract with the Minnesota Twins prior to the 2015 season.

He began as a starting pitcher for the Arkansas Travelers, the Angels' Double-A affiliate, in 2005, where he had a 5-1 record and 2.31 ERA in seven starts.

He was selected to his first MLB All-Star game in 2008 and on July 27, 2011, he pitched his first career no-hitter against the Cleveland Indians.

He married Amy Santana in 2009. He has a son, Jonathan, and a daughter, Sofia.

He played alongside Howie Kendrick on the Angels.

Ervin Santana Is A Member Of