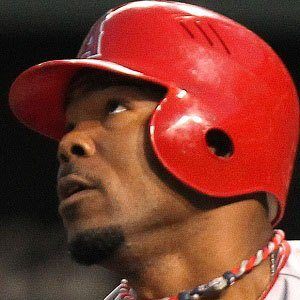 MLB second baseman who began his career with the Los Angeles Angels in 2006. After nine years with the Angels, he was traded to the Los Angeles Dodgers prior to the 2015 MLB season. He helped the Washington Nationals win a World Series Championship in 2019.

He was named Conference Player of the Year while attending St. John's River Community College in Florida.

He was selected in the 10th round of the 2002 MLB Draft, and was eventually named the #1 prospect in the Texas League by Baseball America.

He was born in Jacksonville, Florida. He married Jody Kendrick and he has two sons.

He played alongside closer Francisco Rodriguez on the Angels.

Howie Kendrick Is A Member Of