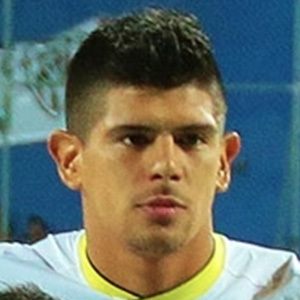 Chilean soccer player who is best known for having played professionally throughout South America. He has played for such clubs as Al Nasr as well as Colo Colo. He often plays midfielder.

He first posted to his popular Instagram feed in March 2015.

He has amassed over 210,000 followers to his Instagram page. He has worked professionally as a model. He won the China Cup in January 2017.

He chronicled his son's first day of school on his social media pages in March 2018.

He is a popular soccer player similar to Landon Donovan.

Esteban Pavez Is A Member Of