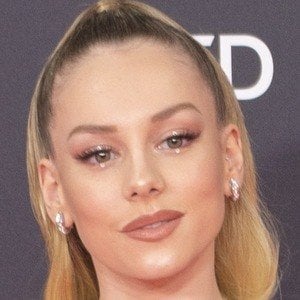 Actress and model who gained international fame for her role as Carla on the 2018 Netflix drama series Elite. In 2019, she was cast in a starring role on the Netflix crime series Alguien Tiene que Morir.

She earned her first on-screen credit in 2015 in the short film La mediadora. She was featured in two episodes of the popular TV show Vis a vis.

She starred as Ruth on the TV fantasy series Estoy Vivo in 2017. She then appeared in the 2018 thriller film When the Angels Sleep.

She was born and raised in Spain. She dated her Élite costar Álvaro Rico until October 2019. She then began to date actor Alejandro Speitzer in 2020.

She starred in the music video for the song "Dosis" by DVICIO, Reik and ChocQuibTown.