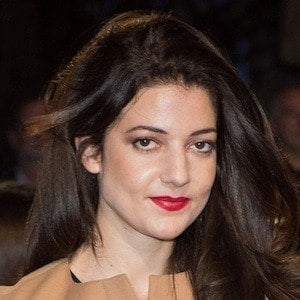 French film royalty, she first rose to fame for her roles in 17 Girls and Jealousy. She would later star in the 2017 coming-of-age drama Call Me by Your Name.

She made her film acting debut in her father's original film Wild Innocence in 2001.

In 2017, she starred in Thirst Street which premiered at the Tribeca Film Festival.

The daughter of filmmaker Philippe Garrel and actress Brigitte Sy, she is the sister of fellow actor Louis Garrel.

She starred opposite Armie Hammer and Timothee Chalamet in Call Me by Your Name.

Esther Garrel Is A Member Of