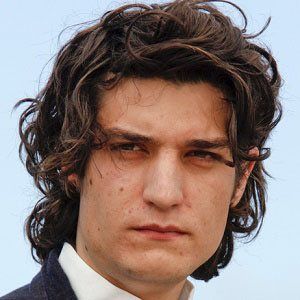 Perhaps most well known for his portrayal of Theo in the Bernardo Bertolucci-directed film The Dreamers (2003), he is also notable for his work in such Christophe Honore features as La Belle Personne and Les Chansons d'Amour. In addition, he wrote, directed, and starred in the 2015 film Les Deux Amis.

At the age of six, he made his screen acting debut in the film Le baisers de Secours. After attending the Conservatoire de Paris, he continued his acting career.

He received a Cesar Award for Most Promising Actor for his work in the 2005 film Les Amants Reguliers.

He was born in Paris, France, to filmmakers Brigitte Sy and Philippe Garrel, and he is the grandchild of Cesar Award-nominated actor Maurice Garrel. In 2009, Louis Garrel and his then-partner Valeria Bruni Tedeschi adopted a daughter named Celine. In 2015 he began dating Laetitia Casta.

He co-starred with Gaspard Ulliel in the 2014 biopic Saint Laurent.

Louis Garrel Is A Member Of