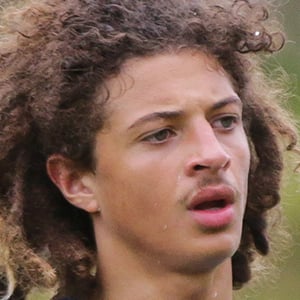 Defensive midfielder best known for his time with Chelsea FC and the Welsh national team.

He played for the Exeter City youth academy and made his debut at age 15 in a game against Brentford.

His dad is the former soccer player Kwame Ampadu.

He became teammates with Danny Drinkwater on Chelsea.

Ethan Ampadu Is A Member Of