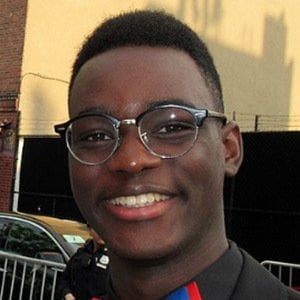 Television and stage actor who is best recognized for his performance as a young Yusef Salaam on the Netflix original series When They See Us. He is also known for having starred in small roles on a wide range of other television shows including The Mindy Project, About a Boy, and Key & Peele.

He made his acting debut in 2012 when he starred as Nate on the television series Go On. He started gaining further attention in 2013 when he landed a role on The Mindy Project as Jean Jean.

He is also known for having appeared as a guest on the XQ Super School Live program in 2017 when he talked with hosts of the program Jorge Diaz and Dytto.

He was born and raised in Los Angeles, California and shared a photo with his younger sister through his Instagram in November of 2014.

He starred alongside Jovan Adepo, Asante Blackk, and Kylie Bunbury in the 2019 mini-series When They See Us.

Ethan Herisse Is A Member Of