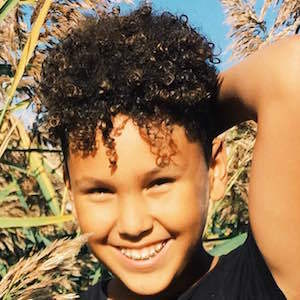 Singer and dancer who became known as a member of the Mini Pop Kids team. He sang on MPK 13, his second album contribution. In 2018, he launched his single "Giants," which was later shared on Twitter by pop star Johnny Orlando.

He became a member of Mini Pop Kids in early-to-mid 2015.

He and Victoria Azevedo recorded a single together called "Photograph."

Raina Harten and Victoria Azevedo sang beside him on a cover of Adele's "Send My Love."

Ethan Young Is A Member Of