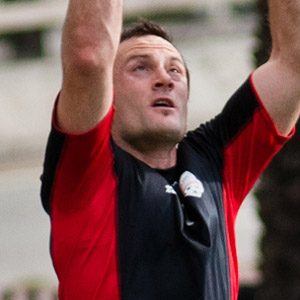 Goalkeeper who joined Adelaide United in 2007 and debuted for the Australian national team in 2009.

He spent his youth career with Chelsea Hajduk and Bulleen and began his professional career with the Melbourne Knights in 1999.

He and striker Bobby Despotovski became teammates on the Australian national team.

Eugene Galekovic Is A Member Of