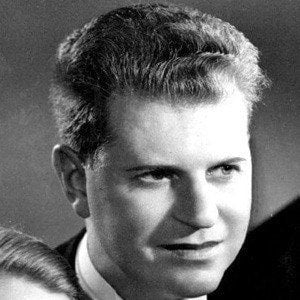 Famed musician who recreated Louis Moreau Gottschalk's Monster Concerts in 1970. He was known as the Pianist of the Presidents.

He was considered to be a child prodigy and performed with the Los Angeles Philharmonic when he was only 12.

He enlisted in the Army following the Pearl Harbor attack, requesting that he be allowed to finish out his concert dates for the season.

He married famed violinist Carroll Glenn in 1943. They met at Juilliard.

His pages were turned by President Harry S. Truman when he performed at the Potsdam Conference and was asked to play a piece he didn't have memorized.