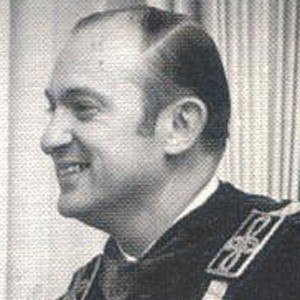 Former apprentice of Frank Lloyd Wright whose work included the Thorncrown Chapel in Arkansas. He was the only Wright trainee to be awarded the AIA Gold Medal.

He designed treehouses when he was in high school and studied engineering at the University of Arkansas. He wanted to be appointed to the United States Naval Academy, but his congressman lost reelection and with it, his ability to appoint Jones. He served in the U.S. Navy during World War II, fighting in the Pacific theater.

He opted to spend his life living in the Arkansas mountains, eschewing trends and focusing on the materials that could be found in The Ozarks.

He was his parents' only surviving child after two sisters died in their youth. He married and had two children.

He and Frank Gehry were contemporaries.

E Fay Jones Is A Member Of