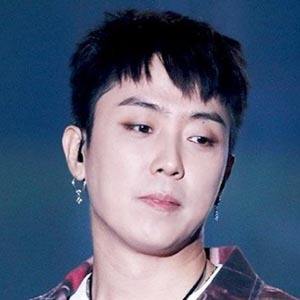 Rapper and singer who became known as the leader of the first generation idol group, Sechs Kies. After the group ended in 2000, he launched a solo career in 2001 with his first single, "A-Ha".

He has acted in films like Seventeen, Marrying a High-School Girl, and The Missing Lynx.

His mother, also a singer, was part of girl's group Lily Sisters. Both his great-uncle, Park Chung-hee, and his aunt, Park Geun-hye, have served as President of South Korea. He was married to Lee Soo Yeon from 2010 to 2012.

Ko Ji Yong and Kang Sunghun were amongst his Sechs Kies bandmates.

Eun Ji-won Is A Member Of