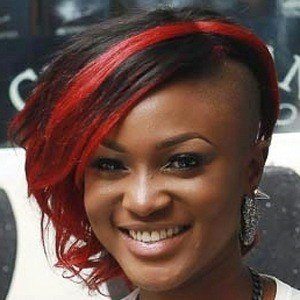 Nigerian hip-hop recording artist who is widely recognized for the 2011 EP GIGO (Garbage In Garbage Out). In 2012, she was the recipient of the Most Promising Act to Watch award at the Nigeria Entertainment Awards ceremony.

In 2009, she released her debut solo recording "I Dey Play."

She founded her own makeup company, MakeupByOrsela.

She was romantically involved with rapper Ice Prince, but the relationship was short lived.

Eva Alordiah Is A Member Of