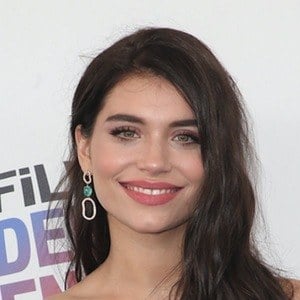 Argentine actress who reached a new level of fame with her role as the villainous Josefina Mansilla on the telenovela Los Ricos no Piden Permiso. She previously had recurring roles on series like Chiquititas Sin Fin and Cuando Toca la Campana.

She was a model before embarking on her acting career in 2005.

She was nominated for a Sur Award for Best New Actress.

She has a sister named Maria.

She was cast alongside Araceli González on Los Ricos no Piden Permiso.

Eva de Dominici Is A Member Of