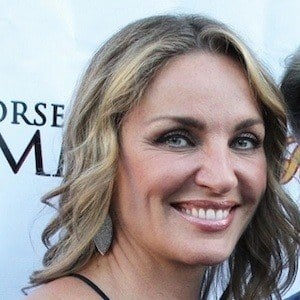 Model who was named Miss Poland 1985 and went on to model for publications like Vogue, Elle and Cosmopolitan. She has acted on series like The Dream Team and began starring on the reality show Zony Hollywood in 2015.

She began training for the Polish gymnastics team at age 5. Her dreams of becoming an Olympian ended following a devastating knee injury.

She toured Eastern Europe as a trapeze artist with the Julinek Circus.

She married actor Christopher Rich in 2003. She has twin daughters with Rich named Daisy and Lily.

She co-starred with Traci Bingham on The Dream Team.

Eva Halina Rich Is A Member Of