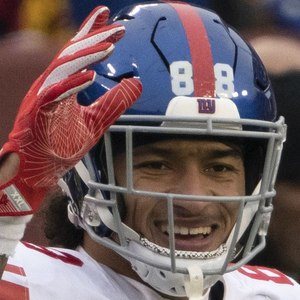 2016 First Team All-American tight end out of Ole Miss who was drafted 23rd overall by the New York Giants in the 2017 NFL Draft.

His mother's name is Michelle Zelina, and he has a sister named Mackenzie who plays basketball.

He would be catching passes from Eli Manning upon joining the New York Giants organization.

Evan Engram Is A Member Of