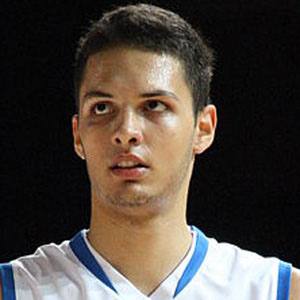 Shooting guard who made his NBA debut in 2012 for the Denver Nuggets.

The Nuggets selected him 20th overall in the 2012 NBA draft.

He was born in Saint-Maurice, France.

As a rookie he helped form a strong young Nuggets core with Kenneth Faried.

Evan Fournier Is A Member Of