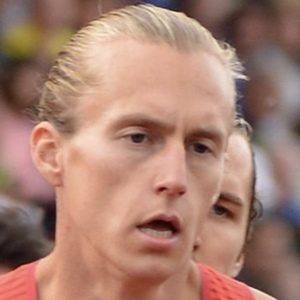 American distance runner who, at the 2015 Portland Track Festival, shattered the national 1,500-meter steeplechase record by more than 5 seconds. In 2012, he broke the American 3,000-meter record and represented the United States at the Summer Olympics.

He attended Jacobs High School in his hometown Algonquin, Illinois. He later ran for the University of Wisconsin–Madison Badgers before giving up his NCAA eligibility to sign a contract with Nike.

He suffered a stress fracture in his foot while running in the 1,500-meter final at the 2010 USA Outdoor Championships.

His parents' names are Cathy and Joel. He has a sister named Mallory.

He and William Nelson are both U.S. National Championship winners in the men's 3,000-meter steeplechase.

Evan Jager Is A Member Of