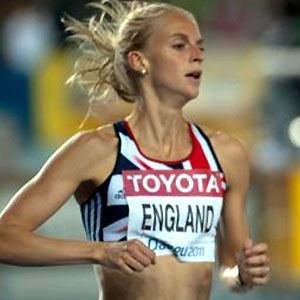 Middle-distance runner who won the silver medal in the 2011 World Championships, and was selected to team GB for the 2008 Olympics.

At age 13 she joined Oxford City Athletic Club, and competed in the Under-15 race at the Cross Country Challenge in Birmingham.

She finished second in the 2010 European Team Championships in Norway, and the following year came from 7th place to take silver at the 1500m race.

Her father Phillip England was a geophysicist professor at Oxford.

Hannah England Is A Member Of