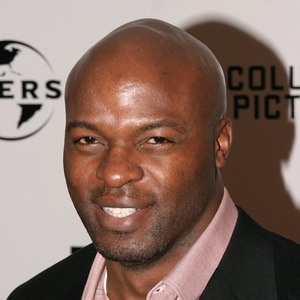 Jamaican-born American actor who is known for appearing in a range of feature films and television programs. He is best recognized for his role as Hayes in the 2005 film King Kong as well as for his appearances in Planet of the Apes and Captain America: The Winter Soldier.

He attended Cornell University where he majored in economics. He joined the Iota Phi Chapter of the Kappa Alpha Psi fraternity where he began to discover his passion for acting. His debut appearance was in The Cider House Rules in 1999 where he played the character Jack.

In addition to acting, he is also a singer and was credited with performing the track "Have a Little Faith In Me" in the 2001 series Alias.

He was born in Kingston, Jamaica but was raised in Brooklyn, New York. He lated moved to Long Island where he was raised as well.

He starred alongside Naomi Watts, Jack Black, and Adrien Brody in the 2005 version of King Kong.

Evan Parke Is A Member Of