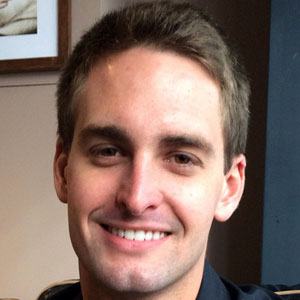 Best known as the co-founder and CEO of the popular Snapchat smartphone application. He had a 2016 net worth of over $2 billion and in 2017, he took Snapchat public at a valuation over $20 billion.

Before entering Stanford University, he studied at the Otis College of Art and Design and at the Art Center College of Design.

Before Snapchat, he developed a college application guidance website called FutureFreshman.com.  He donated over $20 million to Stockton Scholars, which is an organization that helps provide education to the youth.

He was raised in Pacific Palisades, California by attorneys John Spiegel and Melissa Ann Thomas. He married Miranda Kerr in 2017. They welcomed a son named Hart together in May of 2018 and a second son named Myles in 2020.

He cofounded Snapchat alongside Bobby Murphy.

Evan Spiegel Is A Member Of