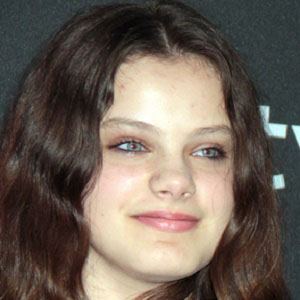 The oldest daughter of Cooking Channel stars Debi Mazar and Gabriele Corcos, she appeared in multiple episodes of her parents' Extra Virgin cooking program, including "Mozzarella and Magic" (2011) and "All About the Girls" (2014).

During Evelina's early years, her mother had recurring roles on the television shows Entourage, All of Us, and Living with Fran.

One of her family's dogs, Delores, played a prominent role on the first season of Extra Virgin.

Her younger sister, Giulia Isabel, was born in 2006. The siblings spent their childhoods in Los Angeles, New York City, and Florence, Italy, and are Italian on their father's side and American and Latvian on their mother's side.

Evelina Corcos Is A Member Of