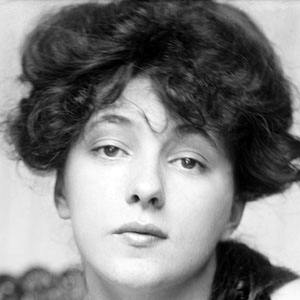 Best remembered for her involvement in "The Trial of the Century" that followed the 1906 murder of her lover, prominent architect Stanford White, by her husband, wealthy businessman Harry Kendall Thaw, this early 20th-century beauty initially became famous as a model for such artists as Dana Gibson, Frederick S. Church, and James Carroll Beckwith.

At the age of fourteen, while working with her mother at a department store in Philadelphia, she was recruited as a model by a local artist. By the early 1900s, she had relocated to New York City and had become one of the most popular models of her era.

She graced the covers of such fashion magazines as Harper's Bazaar, Vanity Fair, and Cosmopolitan. Also an actress, she performed in the Broadway production of The Wild Rose.

After refusing the marriage proposal of actor John Barrymore, she became the wife of Harry Kendall Thaw. The marriage resulted in a son named Russell.

She was portrayed by actress Joan Collins in the 1955 movie The Girl in the Red Velvet Dress.

Evelyn Nesbit Is A Member Of