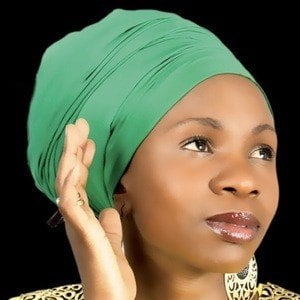 Gospel singer who is known for hits like "Mungu Mkuu," "Jehovah Elohim" and "Hossana". She has been nominated for dozens of Groove, Mwafaka and Xtreme awards, and her song "Mazingira" saw her appointed as the official music ambassador for Mau Forest.

She began singing at her local church when she was 9. She studied at the Talent Academy at Kabarak University Nakuru.

She co-founded the record label Bwenieve in 2010, which also includes a fashion label, Bwenieve Clothesline, and a mentorship program for young musicians.

Her parents are Helen Muhonja and Crispin Kinyua. She has four siblings. She married composer, producer and business partner Agundabweni Akweyu in 2012.

Evelyn Wanjiru Agundabweni Is A Member Of