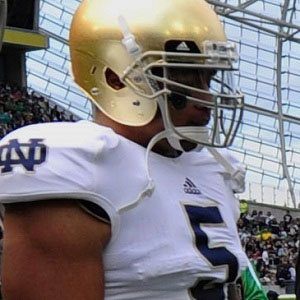 Athletic quarterback who led Notre Dame to the BCS National Championship game in 2012, where they were decimated by Alabama.

He earned two state titles as the quarterback for Myrtle Beach High School.

He has an older brother named Edwin.

He was teammates with Manti Teo at Notre Dame during Teo's infamous girlfriend hoax.

Everett Golson Is A Member Of