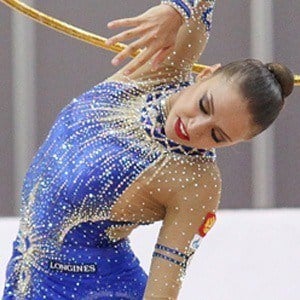 She won her first junior championship gold medal at age 13.

In 2013, she married Igor Musatov. She has an older brother, Greco-Roman wrestler Egor.

She, like Gabby Douglas, was a 2012 gold medal winning gymnast.

Evgenia Kanaeva Is A Member Of