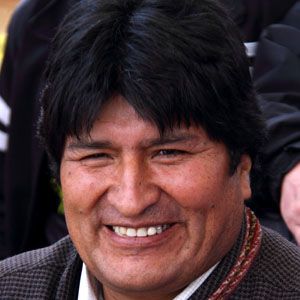 Bolivian activist and Socialist leader who served as President of Bolivia from 2006 to 2019. He notably instituted a new constitution before being re-elected in 2009 as he saw his landslide victory as a mandate from his country for change.

He served for two years in the Special Troops of the Bolivian Army.

He earned the nickname the World Hero of Mother Earth for his commitment to anti-imperialism and indigenous rights.

His political ideologies have been inspired partially by the theories of Karl Marx.

Evo Morales Is A Member Of