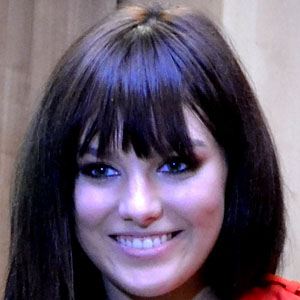 Popular Polish rock singer known for platinum-selling albums like Ticho and Cicho. She was a judge on the reality singing competition show Cesko Slovenska SuperStar in 2013. In 2014, she began appearing as a regular judge on Idol Poland.

She studied dance and piano and won numerous talent competitions in Poland and the Czech Republic.

She was born to a Polish family in the Vendryně city of Třinec, Czech Republic, where she grew up with siblings Adam and Magdalena.

Celeste Buckingham performed in front of her on Cesko Slovenska SuperStar.

Ewa Farna Is A Member Of