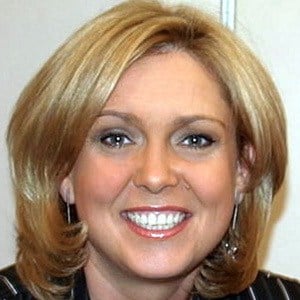 Polish television producer, journalist, and model who is known for her work hosting several programs including Ewa gotuje and Podróże kulinarne Roberta Makłowicza. She is also known for having served as the press secretary for Prime Minister Waldermar Pawlak.

She attended the Agricultural University in Krakow and earned her degree in Economics. She started her career as a model and gained attention after winning the Miss Polonia title in September of 1992. She then started her career in television in 1993.

She was nominated for a Star of Pleiades award in 2017 in the Star Style category.

She married fellow journalist Przemysław Osuchowski and together they had a daughter named Aleksandra.

Other winners of the Miss Polonia beauty pageant include Agata Biernat and Marcelina Zawadzka.

Ewa Wachowicz Is A Member Of