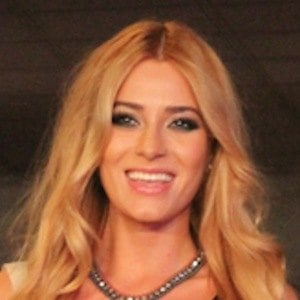 Beauty queen who was crowned Miss Polonia 2011, earning the right to represent Poland at the Miss Universe pageant.  In 2015, she became the host of the morning show Pytanie Na Sniadanie.

She graduated from the College of Cosmetics and Health Care in Warsaw, Poland.

She later competed on the fifteenth season of Dancing with the Stars Poland.

Her father's name is Mieczysław.

She appeared with Hubert Urbanski on Dancing With the Stars.

Marcelina Zawadzka Is A Member Of