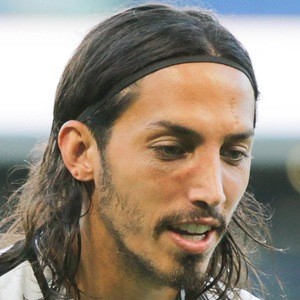 His youth career began in 1995 with the club Velez Sarsfield. In 2003, he began playing for Banfield. He began his senior career in 2008 when he joined the Cesena club. After being loaned to several teams, he joined Italy's Under 21 national team in 2009 and made it onto their senior team in 2012.

He is known for having won the Lega Pro Prima Divisione with the Cesena club during their 2008 and 2009 season.

He played alongside Salvatore Sirigu and Mattia Perin as part of Italy's national team.

Ezequiel Schelotto Is A Member Of