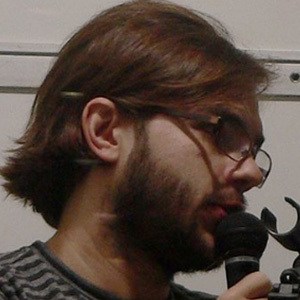 Brazilian voice actor and presenter who is best known for his dubbing work on several cartoons, anime shoes, and video games in the Portuguese language. He is best known for having portrayed Ash Ketchum in Pokemon and Kuririn in Dragon Ball.

He first started gaining recognition for his voice acting work in 1999 when he began voicing Ash on the Pokemon series. He then went on to appear in several non anime shows as well including the Portuguese edition of Hey Arnold!.

He moved to Portugal in 2015 to study at the University of Coimbra before returning to Brazil in 2018.

He is known for having dubbed for Zac Efron in several of the Portuguese editions of the High School Musical films.

Fábio Lucindo Is A Member Of