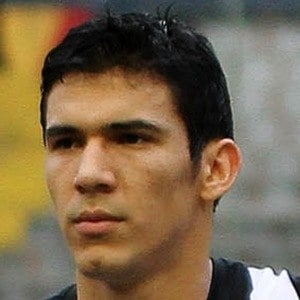 Paraguayan defender who is famous for his international club career, including for Premier League club West Ham United. He previously played for Brazil's Serie A club Corinthians between 2016-2018, and won the Bola de Ouro as Serie A's best player in 2017's Campeonato Brasileiro.

He began his youth soccer career with Cerro Porteño PF's youth academy. He debuted for the club professionally in 2010.

He helped lead Corinthians to the Campeonato Brasileiro Série A and Campeonato Paulista titles in 2017. He has earned caps for Paraguay's national senior club.

He and Pablo Zabaleta have played as teammates on defense for West Ham United.

Fabián Balbuena Is A Member Of