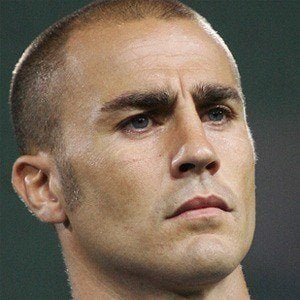 His younger brother Paolo Cannavaro is also a professional soccer player. He married Daniela Arenoso on June 17, 1996; they have three children together.

The great Roberto Baggio was his teammate on the Italian national team.

Fabio Cannavaro Is A Member Of